Dr. Carl McMillan of Cary, NC is a biological dentist who takes a holistic approach to dental health for a myriad of reasons. The smile is the connection to the rest of the body, and when problems occur in the mouth, it can carry into the system and result in the need for further health evaluations due to increased risk of medical conditions. This is why our team wants to ensure that everything done for the smile will not negatively affect the rest of the body. Biological, or “holistic,” dentistry does just that.

At our practice, we take the time to educate our patients on the disadvantages of silver amalgam fillings. Dentists have been using silver amalgam fillings for decades to repair teeth that have been affected by tooth decay. These fillings are made up of approximately 50 percent mercury, a substance that is toxic to the human body. The toxicity has been known since the 19th century and it is just now receiving much more attention.

Mercury poisoning can affect anyone. Even small amounts of mercury exposure can result in serious issues. This poison can penetrate all the living cells of the body, and research has shown that mercury fillings may cause increased levels of mercury elsewhere such as the brain, kidneys, and immune system. This is a serious issue.

Silver amalgam fillings are beginning to lose popularity as patients learn more about biocompatible alternatives such as composite resin fillings. Composite fillings are not only safer but are more aesthetic and do not expand and contract in the same way metal fillings do, thus reducing the likelihood of bacteria getting into the tooth. Many countries have banned the use of silver amalgam fillings; including Sweden in 1997 after it had been determined that nearly a quarter million Swedes have health issues that are directly related to the fillings in their mouth. Denmark began to ban these fillings a few years later in 1999 for similar reasons. Our practice, though not required to stop providing silver amalgam fillings, believes this research weighs heavily towards the avoidance of products with mercury and therefore has made the decision not to place metal fillings in our practice, a choice made with our patients’ health in mind. 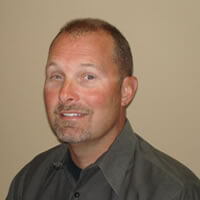 Dr. Carl McMillan is a holistic dentist with a medical degree from the College of Dental Medicine of the Medical University of South Carolina. Due to his expertise, he was honored with the International Academy of Oral Medicine and Toxicology (IAOMT) presidency. He is compassionate towards patients and committed to providing them with safe, toxic-free dental treatments to help them maintain a happy and healthy smile.

Dr. Luis Crespo obtained his Doctorate of Dental Surgery from the West Virginia University School of Dentistry. An IAOMT member, he believes prevention is the best medicine and strives to educate both patients and parents on the benefits of maintaining a healthy mind, body, and spirit. He has served underprivileged communities across the world.
Back to Holistic Dentistry Page